What makes
our wheels turn 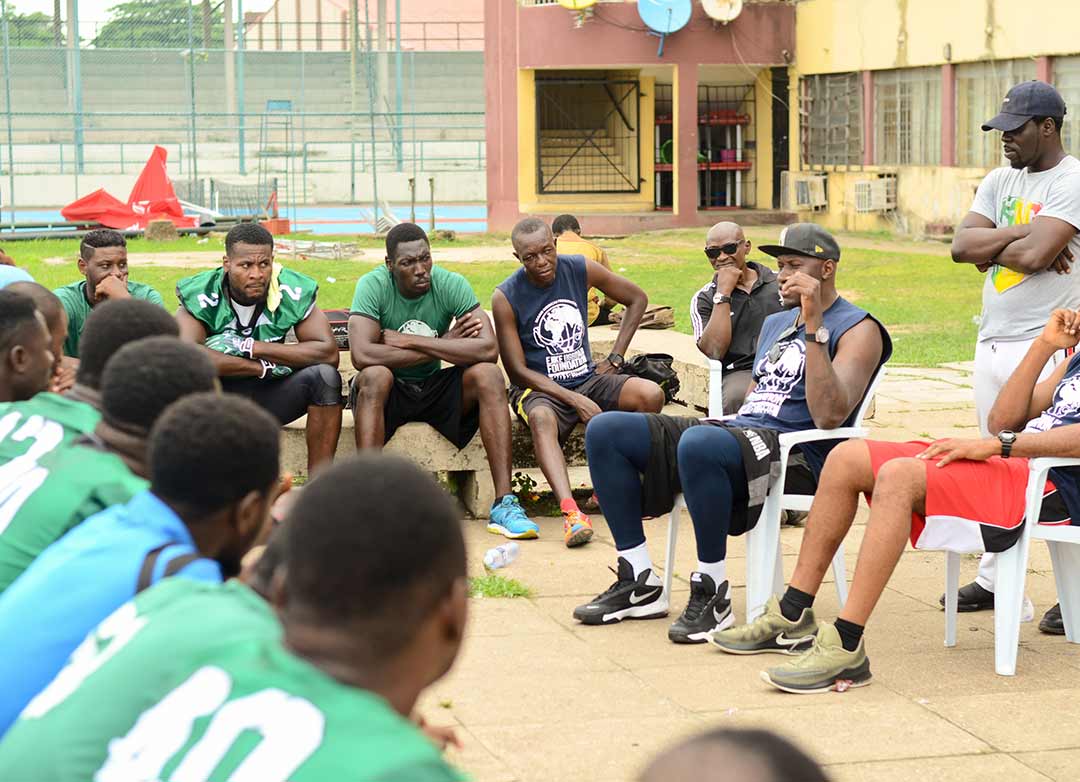 The foundation is promoted by a Nigerian professional basketball player – Ejike Ugboaja, who holds the record of being the first African to be drafted to the NBA directly from Africa. Inspired by the opportunities he lacked as a young athlete, Ejike was moved to kick-start the organisation in the same year he was drafted to the Cleveland Cavaliers.

His unrivalled passion for the success of these young athletes drives the commitment to ensure they get an education first and are also exposed to potential opportunities for professional sportsmanship.

The Ejike Ugboaja Foundation has provided educational opportunities for over 130 young Nigerian athletes in the United States and Nigeria since its inception in 2006. As part of its Corporate Social Responsibility (CSR) initiative, Afren first identified with this foundation in 2012 and has consistently shown its support for the foundation’s annual summer camps. This partnership has helped to increase the scope of the foundation’s activities and its ability to cater to the rapidly increasing camp participants.

Thus far, the organisation has recorded multiple successes. It has secured scholarships in high schools and colleges across the United States for the athletes selected from its annual summer camps which are held in a number of major cities in Nigeria including Zaria, Yenegoa, Otukpo, Kaduna, Abuja and Uyo. Whilst the College Scholarships are fully comprehensive, the High School scholarships cover just the tuition of the students, which leaves the foundation with the responsibility of catering for their living expenses.

The support shown by the foundation for youth athletes in Nigeria is unprecedented, with a high turnout of participants at its annual camps. In June this year, over 1,300 athletes with the hope and aim of securing a brighter future showed up for the 2014 Summer Camp in Uyo. They trooped in from different parts of the country in groups and individually, with the objective of putting on a good show in the various sporting activities, to ensure they get selected. Out of the 1,300, 196 athletes (American Football – 86; Male Basketball – 70; Female Basketball – 40) were selected at the campgrounds.

We’ve been helping to secure educational opportunities for young Nigerian athletes in the United States.

First thought of the foundation after being drafted in the NBA (2006).
The initial concept was to help future Nigerian generations realize their educational dreams while providing them with the exposure and assistance that Ejike himself never received as a youth.
The first camp was held in Nigeria.
From this camp, 3 young men received an opportunity to continue their education in the United States.

In year 2, total number of campers grew to 437.
Coaches from Nigeria, United States, Europe, and the Middle East attended the event to volunteer their services to the foundation.
10 players received the opportunity to pursue their educational dreams by obtaining full assistance to attend high schools in the US.
This experience alone helped produce four Division 1 scholarship players from the camp and also the opportunity for 2 of the players to participate in the highly acclaimed Jordan Brand Classic International game.

Camp took place during Memorial Day weekend in 2009.
Former NBA player Lorenzo Williams and 5-Star Basketball Director Marty Seidlin volunteered at the camp.
All participants had to join in the community service project which was volunteering at a local hospital in the Miami Dade County area.

Held in Augusta Georgia at Evans High School 20 minutes from Nike Peach Jam exposure event.
32 total participants.
16 already attending schools in the United States.
16 awarded and brought in from Africa.
This monumental collaboration provided a unique educational opportunity for the kids, in front of top college institutions in the United States.

2011 took the Ejike Ugboaja Foundation Basketball camp to ABU University in Zaria, Nigeria.
Over 300 kids from all over Nigeria attended the camp for 4 days.
Ground breaking American Football camp was introduced and embraced by the Youth.
Top 5 football kids & top 30 basketball kids were selected out of Zaria and awarded placements in final selection camps held in Abuja, Nigeria.
Final selection camps (Basketball/American Football) held in Abuja, Nigeria.
Over 200 kids from Abuja, Nigeria attend Basketball/American Football camps held at National Stadium.
Representative from the U.S. Embassy comes out to show support and speak to kids.
20 kids are selected and awarded charitable opportunities to attend American camp held in Augusta, Georgia.

2nd consecutive year held at Evans High School in Augusta, Georgia.
Over 40 kids attended, 20+ from the US.
20 kids selected and awarded the charitable opportunity to attend the camp from Zaria and Abuja, Nigeria.
Over 25 U.S. educational institutions in attendance to watch.
DONATE